As it Celebrates its 15th Anniversary Serving the Greater Washington Region, the Catalogue for Philanthropy is Proud to Honor La Cocina VA

WASHINGTON, D.C. June 12th, 2017. After a careful vetting process, the Catalogue for Philanthropy: Greater Washington has selected La Cocina VA to be part of the Class of 2017-18.

La Cocina VA has undergone an extensive review process, and has met the Catalogue’s high standards. Potential donors can be confident that the nonprofits in the Catalogue are worthy of their support. “La Cocina VA’s mission is to use the power of food as an agent of social and economic change generating workforce and economic development”

This year the Catalogue celebrates its 15th anniversary: since its inception it has raised $38 million for nonprofits in the region. It also offers trainings, neighborhood-based opportunities for collaboration, and a speakers series for individuals who want to learn about and engage with the needs, challenges, and accomplishments of our shared community.

This year, reviewers helped select 76 charities to feature in the print edition, 34 of which are new to the Catalogue this year. It also selected an additional 32 nonprofits to be re-featured on its website, and congratulated ten on growing beyond its $3million budgetary limit. The network now includes over 400 vetted nonprofits working in the arts, education, environment, human services, and international sectors throughout greater Washington. (International charities must be headquartered in the DC region.)

“People want to know where to give and they need trusted information. Based on our in-depth review, we believe that La Cocina VA is one of the best community-based nonprofits in the region,” says Barbara Harman, founder and president of the Catalogue for Philanthropy.

“Our work empowers immigrants for culinary jobs and entrepreneurship, while promoting healthy food. The impact of our work represents a circle of sustainability that creates job opportunities, fosters small business development and provides healthier eating options for the most needed,” says Patricia Funegra, Founder and CEO of La Cocina VA.

The Catalogue believes in the power of small nonprofits to spark big change. As the only locally-focused guide to giving, its goal is to create visibility for the best community-based charities, fuel their growth with philanthropic dollars, and create a movement for social good in the greater Washington region. The Catalogue charges no fees; it raises funds separately to support its work.

For the Catalogue for Philanthropy:
Adam Shapiro
Adam.Shapiro@ASPR.bz
202-427-3603

Our plans for expansion 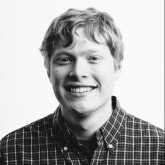 By making a tax-deductible donation to La Cocina VA, you can: